In the past couple of years the issue of NATO membership has been brought up several times in Sweden. A growing proportion of the population support NATO membership - 31 % according to the latest poll, compared to 37 % opposed. Only three years ago, just 17 % wanted to abandon Sweden's policy of neutrality.

What has changed? The main reason is definitely Russia and reawakening of the kind of Russian imperialism we thought we'd seen the last of after the cold war.

Still, a plurality opposes NATO membership, and the political wheels are moving very slowly - dangerously slowly, in my opinion. Without further ado, here is why Sweden should join NATO - and the rest of you guys should let us in:

The main reason why we should join NATO is of course our own security. With a military budget of less than 1 % of GDP and a standing army of about 25 000, Sweden could only offer a token resistance against any invader. Sweden's defense policy doctrine is the "one week defense" - the idea that Sweden should be strong enough to defend itself against a full blown military attack for 1 week. Why 1 week? Because that's how long we believe it will take for other countries to come to our aid. Sweden has no delusions about being able to fend off a Russian invasion; it's all about being strong enough to hold the capitol of Stockholm until help can arrive.

It wasn't always like this. During the cold war, Sweden had a strong military which included the fourth strongest air force in the world and mandatory conscription. The government provided a manual to each household on what to do in the event of a war, and everyone assumed that war meant fighting until the last Swede was dead (the manual even said as much - "Any message stating resistance is to cease is false"). Basically, Sweden may have been a peaceful, neutral country, but we were never weak.

However, since the end of the cold war, Swedish military spending has been greatly reduced, at first because the Swedish political establishment bought into the idea that the end of the cold war meant eternal peace & prosperity (a not at all uncommon view in the 1990's). And let's face it, after 200 years of peace (our last military campaign was in 1814), we were starting to feel a tad invincible.

In recent years this has changed, and today a strong majority in the Swedish parliament agrees that military spending has to increase. However, building a military from scratch is no easy task, and given how small and fragile the current force is, that's essentially what has to be done. Even if the budget were to be doubled tomorrow, we're talking at least a decade until Sweden has a respectable defense (after all it takes time to train soldiers, officers etc).
The main argument I hear in opposition to our NATO membership is that it would infringe on our independence, as we would be forced by article 5 to go to war if another member nation is attacked. However, it is important to note that article 5 applies if and only if another member is attacked - not if another member attacks another country. The idea that Sweden would be forced to "fight under American flag" (an idea touted by NATO opponents) is categorically false, as long as the US is not attacked. And let's face it, there is no country stupid enough to attack the US, hence article 5 will never realistically be invoked.

The other argument is that if Sweden were attacked, we would receive military aid even without NATO membership. The rest of the world can't just sit by and watch as a western democracy (and an EU member at that) is annexed. This argument however ignores two things: First of all, how extremely slow the political process can be. Remember that Sweden only has a defense capable of resisting Russia for one week - actually slightly less according to most experts. That means that in the event of an attack, other countries have just a few days to decide that they want to help us, and how - and this is a process that requires parliamentary approval, preceded by parliamentary debate. As a member of NATO, invoking article 5 is a lot easier than calling every PM and President in the western world in the middle of the night, asking them to call an emergency session of parliament and vote to help us immediately. It is one thing to help Sweden before it falls, but liberating it would be extremely costly (especially in terms of human lives) and is not something we can count on other countries to do unless they have to.

The other thing is, if we call the President of the United States at 3 AM asking for military aid because we're facing a bliztkrieg attack from Russia, we are not in a position to negotiate. Yes, he - and other countries - may agree to help us, but since we're just days away from being occupied, we'll have to accept any conditions they may impose on that help, including having us pay for any help that we receive. That if anything is a threat to our independence. As members of NATO, we are guaranteed to get help with the only string attached being that we are willing to help if another member is attacked.

The other thing that argument ignores is Russia's modus operandi which we have learned more about in recent years: Russia would attempt to create political unrest before any actual invasion took place, to weaken the government. Of course, Sweden unlike Ukraine and Georgia does not have a large Russian minority, but we do have a lot of immigrants with no allegiance to the Swedish state or civil society who could be manipulated into doing the bidding of a foreign aggressor (quite possibly without them realizing it themselves). If Russia ever attacks Sweden, it is likely going to be preceded by terror attacks and similar that they are coordinating but which cannot be tied to them directly. This means Sweden's ability to defend itself may be even less than experts assume; the one-week defense assumes that we haven't had to use up our resources fighting domestic terrorists for months or years beforehand. The final Russian attack may therefore turn out to be just the "killer blow" and could be over in a day. Of course, as members of NATO, Sweden would receive help fighting domestic terrorism as well - but otherwise it's easy to see a situation where other countries drag their feet until it's too late. 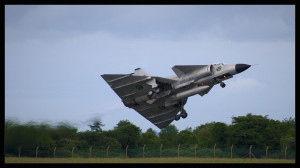 Now, onto the question that I assume most non-Swedish readers must be asking right now: Seeing as how Sweden could not defend itself against a battalion of French teddybears, what use is there in letting us in? Wouldn't that simply be adding one country to the list of nations that the US already has to defend?
While no doubt Sweden has more to gain than the existing NATO members, we would not be quite as useless as one may think. The reason is quite simple: Currently, the baltic states are extremely exposed, geographically cut off from the rest of NATO. They're small, and their militaries could not hold out much longer than Sweden's. If any of the baltic states were attacked, the US and the rest of NATO would have to help them. Logistically however this isn't easy. If Russia were to occupy the Swedish island of Gotland - an island in the middle of the Baltic sea which is virtually undefended - and manage to install anti-aircraft batteries there, they would effectively cut off NATO from aiding the Baltic states, at least for long enough that they could occupy those states (and again, liberating a country is a lot more expensive than defending it). This article from Euromaidan press gives a lot more insight into this scenario.

With Sweden in NATO, we can prepare together for this scenario, for example by setting up a NATO base on Gotland (since Sweden lacks the resources to defend it alone against a full-scale invasion). This will make NATO's pledge to protect the Baltic member states a lot more credible, reducing the risk of Russia attacking in the first place.

The other reason is more symbolic. Russia is advancing, that much we can all agree. The "reset" has failed in a dramatic fashion, and quite frankly, NATO desperately needs to show its strength and put Russia in its place. One way to do this would be by admitting Ukraine as a member - something I'm not inherently opposed to, but an incredibly risky move that will be very hard politically (remember, it's not just the US that has to approve a Ukraine membership application). By admitting Sweden (and possibly also Finland), NATO can strengthen its alliance and send a message to Russia, without risking an outright war.

It is true that Sweden does not currently fulfill the requirement that members spend 2 % of their GDP on defense, however this matters very little in practice since Sweden’s contribution to the NATO alliance as I explained is mainly about geography, not about providing additional force.

I do believe that Sweden will eventually come around to applying for membership, even though it’s unlikely to happen under the current parliament. Russian imperialism, which is what fuels Swedish support for NATO, is showing no signs of slowing down. Sooner or later, our political establishment will have to see that while neutrality may have served us in the past, today you need friends to survive. And I hope that once they realize that, you will welcome us with open arms. Thank you for reading.