In this article, I'm going to discuss - and, as the title implies, refute - one of the most common arguments in favor of mass immigration in Sweden: That we need immigrants to save our welfare state.

The argument goes something like this: Sweden has a birth rate below the 2.1/child per women that is necessary to keep the population constant. As a result, we have a rapidly aging population, and with our very extensive welfare state, this is even more expensive than it is for most countries. Therefore, we need new taxpayers, that is to say immigrants And since young people don't want to work in elderly care or health care in general, we need immigrants to do it for us, and they will because they're not afraid of dirty work (literally; since this is work that involves changing adult diapers). Finally, these immigrants will also help solve the problem by having more kids than ethnic Swedes.

There are so many problems with this argument that I hardly know where to begin.
First, as for the "birth rate is below 2.1" thing - yeah, funny how that started just as abortion was legalised, even though prochoicers assure us that legalised abortion won't increase the number of abortions (because they supposedly happen underground anyway). Also funny how the birth rate has failed to reach the 2.1 level despite extremely generous benefits, including 18 months of paid parental leave, that liberals always tell us will do the trick. Anyway, that's just a sidenote.

50 % of non-European immigrants are unemployed. And among those who are employed, people from the US, Australia, Canada, China etc are highly overrepresented. Immigration from countries like Syria, Iraq, Somalia etc is not a net gain for the Swedish economy nor for the Swedish taxpayers - whatever tax money the working immigrants contribute are more than eaten up by the cost of unemployment benefits to the rest. When Swedish politicians talk about increased immigration saving our welfare state, they're not talking about importing more Americans, they're talking about people from the Middle east and Northern Africa. And that's not going to happen.

Even without this high unemployment rate, it still wouldn't work: Immigrants too will get old eventually and require health care, pensions etc. Therefore, in a best case scenario immigration can only kick the can down the road.

But even if immigrants won't provide a financial profit to the state, can't they at least fill a labor shortage by doing the jobs that Swedes don't want to do?

I'm always shocked when I hear "tolerant" people making this argument - they're actually suggesting that we import a servant class to do the work we consider ourselves too nice to do. The immigrants in this scenario would have the same role as the Afro-Americans used to have in the US. And they call me racist...

This argument also relies on immigrants not assimilating. Because, think about it, why are immigrants more prone to take these dirty jobs? Because they come from cultures where those jobs are not looked down on, and because they have no other choice since no other jobs are available to them (it's hard to get a job when you can't speak the language nor have any significant academic achievements). But if immigrants were to assimilate - adopt the Swedish culture, learn the language, get an education etc - then presumably they would no longer be willing to do these dirty jobs, just like Swedes aren't willing to do them. Hence, in order for immigrants to fill this role of preventing a labor shortage in the elderly care and elsewhere, the state must prevent them from integrating into society. Importing a servant class and preventing them from taking part of your wider society & culture - that sounds pretty racist to me.

To be honest, I don't know if immigrants are more likely to want to work in elderly/health care, it is an often repeated claim though and for the sake of the argument I assume it's true. 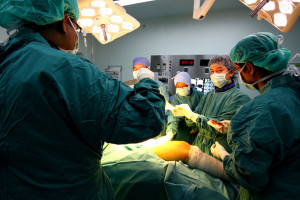 It's also surprising to me why no-one asks why Swedes are not willing to work in these areas. The truth is that even a government monopoly cannot escape from the law of supply and demand. When nurses & nursing aides have been underpaid for a long time, even in a slow-adjusting market like the labor market, sooner or later supply dries up as young people choose to go elsewhere. The result is of course that those who do work in health care and eldery care end up sharing a greater burden on an ever-shrinking number of shoulders, leading to increased rates of burnout and job-related injuries, making the job even less attractive to potential newcomers, which then creates a vicious cycle.

Immigrants are also supposed to save the welfare state by having more children. While Swedes generally stop at 1-2 kids, it's not uncommon for immigrants from the developing world to have more. Therefore, immigrants help bring us up to the 2.1 birth rate that we need. However, again, this only works as long as the immigrants do not adopt Swedish culture & values. Once - if - they do, there is no reason to believe they would have more children than anyone else. And if they don't? Well, then we'll have an ever-growing segment of the population that doesn't share our values, language or cultural identity. Do I need to explain why that's a bad thing?

In conclusion, while the welfare state certainly faces an uncertain future, uncontrolled immigration is not and cannot be the answer.