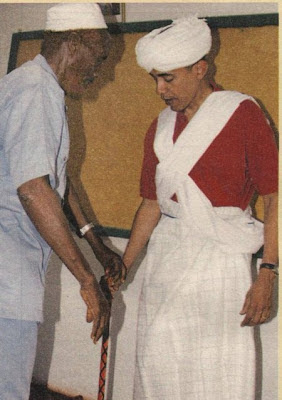 What has Obama accomplished? 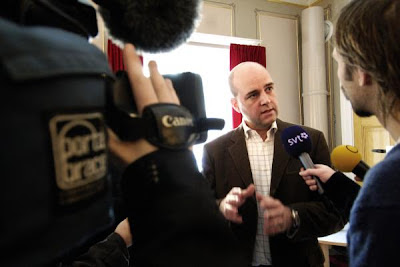 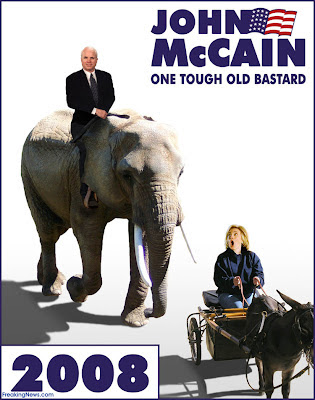 should veto a measure that would bar the CIA from using waterboarding and other harsh interrogation methods on terror suspects.

McCain voted against the bill, which would restrict the CIA to using only the 19 interrogation techniques listed in the Army field manual.

His vote was controversial because the manual prohibits waterboarding — a simulated drowning technique that McCain also opposes — yet McCain doesn't want the CIA bound by the manual and its prohibitions.

McCain, who was tortured as a prisoner of war in Vietnam, is well-known for his opposition to waterboarding, which puts him at odds with the Bush administration.

"I knew I would be criticized for it," McCain told reporters Wednesday in Ohio. "I think I can show my record is clear. I said there should be additional techniques allowed to other agencies of government as long as they were not" torture.

McCain spokeswoman Jill Hazelbaker noted that McCain believes that waterboarding is already banned by the Detainee Treatment Act of 2005, which includes an amendment he wrote barring inhumane treatment of prisoners. The act prohibited cruel, inhuman and degrading treatment for all detainees in U.S. custody, including CIA prisoners.

CIA Director Michael Hayden has said court decisions and current law, including the Detainee Treatment Act, cast doubt on whether waterboarding would be legal now. Hayden prohibited its use in CIA interrogations in 2006; it has not been used since 2003, he said. Justice Department officials have said they haven't resolved the legality of waterboarding since such legislation was passed.

The legislation bars the CIA from using waterboarding, sensory deprivation or other harsh coercive methods to break a prisoner who refuses to answer questions. Those practices were banned by the military in 2006.

President Bush has threatened to veto the legislation, which cleared the House in December and won Senate approval last week.

One supporter of the bill, Sen. Chuck Schumer, D-N.Y., said last week that if Bush vetoes the measure, "he will be voting in favor of waterboarding."

If a president disagrees with legislation, he should veto it, McCain said. He said he disapproves that Bush sometimes signs legislation he dislikes, then issues critical "signing statements" outlining his objections.

McCain said he would never issue a critical signing statement: "If I disagree with a law that's passed, I'll veto it."

"I think if you disagree with a law, you have a constitutional right to veto that, authority to veto that," McCain said. 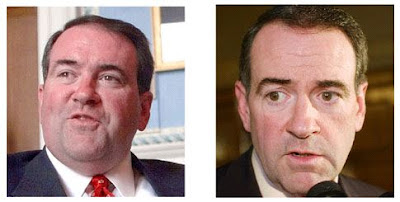 President Bush: McCain May Have to Work Harder to Convince Conservatives

McCain “is very strong on national defense,” Bush said in an interview with “FOX News Sunday.” “He is tough fiscally. He believes the tax cuts ought to be permanent. He is pro-life. His principles are sound and solid as far as I’m concerned.” 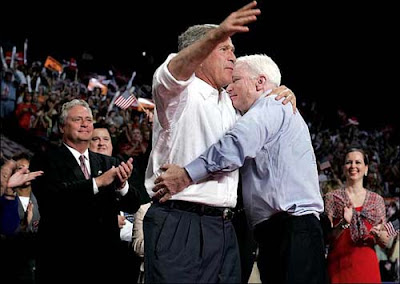 But when asked about criticism of McCain by conservative commentators Rush Limbaugh and Ann Coulter, the president said, “I think that if John is the nominee, he has got some convincing to do to convince people that he is a solid conservative and I’ll be glad to help him if he is the nominee.”
Upplagd av Erik kl. 16:35 Inga kommentarer:

"Gaskin, who announced last month that Anbar will be returned to Iraqi control in March, said attacks in the North Carolina-sized province of an estimated 1.3 million people had dropped from an estimated 400 per week to about 25, and the number of Iraqi police had grown from 11,000 to 24,000."

I Got A Crush on Obama

Mitt Romney on "Faith in America"

Visit msnbc.com for breaking news, world news, and news about the economy

John McCain effectively sealed the Republican presidential nomination on Thursday as chief rival Mitt Romney suspended his faltering campaign. "I must now stand aside, for our party and our country," Romney told conservatives.

"If I fight on in my campaign, all the way to the convention, I would forestall the launch of a national campaign and make it more likely that Senator Clinton or Obama would win. And in this time of war, I simply cannot let my campaign, be a part of aiding a surrender to terror," Romney told the Conservative Political Action Conference in Washington.

Now if you throw in the Republicans and Independents with the Democrats, the endorsement looks even more harmful. Forty-six percent of those surveyed said the Kennedy nod makes them less likely to support Obama. Thirty-four percent said it had no impact. Only 16 percent said it makes them more likely to vote for Obama.